A heartfelt thank you to our cancer survivor speakers for sharing their stories. Their strength and determination inspire so many of us daily. May God bless each one and all cancer survivors with continued good health and many blessings.

Thank you to all who worked countless hours to make this evening possible.

And mostly—thank you!! Thank you for sharing this evening with us! Thank you for your support of all cancer patients through prayers, time, and financial donation.

May you and your families experience the joy of the Christmas Season! 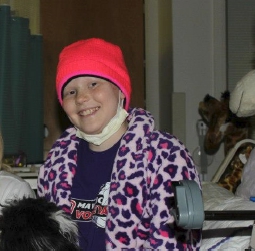 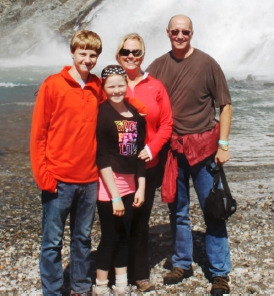 Lauren was diagnosed with Acute  Myelocytic Leukemia on 12/12/12. She is currently in remission. Lauren walked into the hospital on 12/11/12 and was an inpatient at Children’s Hospital, with he exception of a few weeks at home from that date until mid-June. She was in the fight for her life and had some very close calls because of the intensive chemotherapy regime that was necessary to save her life. She is now in the sixth grade at St. Margaret Mary School. She loves Taylor Swift, who came to see her while she was in the hospital. She enjoys playing volleyball, swimming, skiing, and hiking. Lauren loves animals, such as her puppies Maddie and Leila. But, hopes one day to see her favorite animal, the giraffe, in its natural habitat. She loves to travel. Lauren is a good student, but is especially good at anything creative. She loves to draw and paint and is putting her love of photography to work by decorating her new bedroom with some of the great photographs she has taken. We call her Lolo, and so can you. 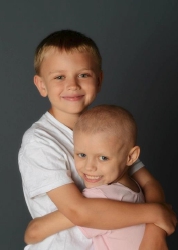 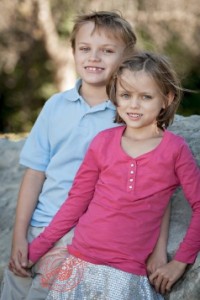 Lily Dotson was diagnosed September 15, 2011 at age 5 with high risk Leukemia. She is currently still on a chemo treatment. She will be done with her  treatment on January 4, 2014. Lily is great at art, dancing, and singing. She likes to spend time with friends and her brother. We are all  getting through this because Lily and all children battling cancer are so resilient. God’s grace and the community  continue to be our rock. Thank you for the support tonight. Lily lost her  Grandma to Leukemia and did not have the research and support as we do so many years later. Lily’s website is www.lilydotson.com. 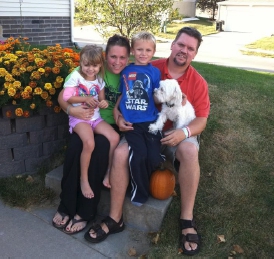 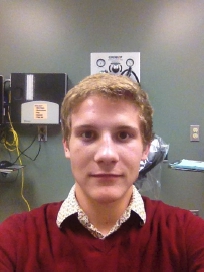 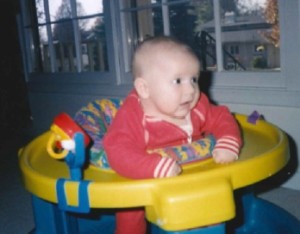 Joseph was diagnosed with Neuroblastoma in November of 1996, he was four months old. The tumor was  confined to his upper abdomen and was surgically removed. Joe did not require chemotherapy or radiation. He has grown into a talented musician who loves to play the guitar.  He likes to mix it up on the soccer field with his brothers, especially his identical twin brother Louis. Joe also spends a lot of time reading to his little sisters. He dreams of going to college and  possibly becoming a lawyer, he loves to debate. 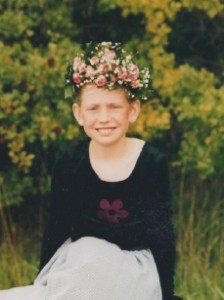 Courtni Kopietz was diagnosed with ALL in April of 1997 while in 2nd grade at St. Robert Bellarmine. She went through two
years of chemotherapy treatment at the Omaha Children’s Hospital, followed by a couple years on crutches due to a side
effect of the medicines. Courtni spent most of the time during her treatment reading as many books as she could get her hands on,
and making friends with the medical staff at the clinic.

She attended Marian High School and was involved with many extracurricular activities, most notably, the school newspaper. This first foray into journalism would carry over into her undergraduate career at UNO, with majors in journalism and pre-medical studies. Courtni had always planned on going to medical school and becoming a physician, eventually leaving journalism behind. It wasn’t until she did communication work for the Alzheimer’s Society of the Midlands and began working at the UNMC Center for Advanced Surgical Technology as a media intern that Courtni realized that she still wanted to merge her two interests, rather than choose between them.

Courtni will graduate from the University of North Carolina this May. During her time at UNC she has worked at the Reese News Lab to report on STEM education in the US, interns at the NC Foundation for Advanced Health Programs, volunteers for the annual Relay for Life event on campus and the Minority Health Conference, and just recently started an  editorial position at RTI  International Press. She plans to pursue a career in  multimedia science and medical journalism, helping to translate research and medical news for community audiences. 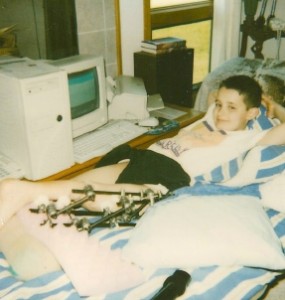 Cameron James Killen was  diagnosed with osteogenic sarcoma in March of 1998, at the age of 9, a  third-grader at St. Robert  Bellarmine. Rounds of chemo began and on May 26, 1998, Cam underwent the first of several surgeries: rotationplasty. Follow up chemo lasted about another 9 months, and he set on the path of obtaining, out-growing, breaking and replacing several prosthetics. He continued to participate in school, school plays, sports and all sorts of shenanigans with the help, support and acceptance of so many around him!

Cam went onto Creighton Prep, where he continued his studies and his love of athletics by playing in the first organized team Creighton Prep ever had of lacrosse, a sport he loves. Prep actually was the State Champion 2 of the 4 years he played. He graduated with high honors.

Cameron went on to do his undergraduate work at the University of Kansas. He was an active member of the Phi Delta Fraternity, volunteered at Lawrence Memorial Hospital, coached a local 5 and 6 year olds soccer team, was the cartoon artist for the University of Kansas’ student newspaper, performed in Rock Chalk Revue, to name a few things. He continues his studies today as a 3rd year medical student at UNMC. He has worked in the research department of UNMC and is actually published.

Throughout the years from diagnosis, Cameron has been asked to speak with many a patient and their family about what his experience had been. He drops by to just be present for both children and adults facing not only cancer, but many
life-changing or body-changing concerns. This has led to Cameron partnering with Dr. Sean McGeery, to install a mentoring program for medical students and residents connecting with patients in a social, casual manner. It is his belief that this will help the medical personnel gain an understanding of the “real” everyday struggles, feelings, frustrations, “wins” and set-backs of the patient and their loved ones, and for the patient and family to have a better rapport with the medical staff. 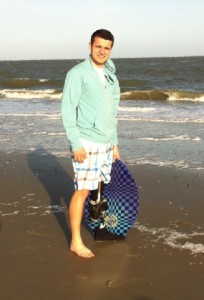 Cam is still an avid sportsman playing golf, frisbee golf,
wake-boarding, skating, the occasional basketball, lacrosse or football pick up game. Basically anything that comes his way.
He also loves to travel, having had the opportunity to spend about 3 weeks in Europe a summer ago, that all began with he, his brother and 2 friends running with the bulls in Pamplona! It is with the greatest of appreciation and the deepest humility that he, as well as his family, wish to give our thanks for all of those, some known to us, and many more that we will never know, that we say thank you. What may seem the simplest or smallest act from one, has further reaching effects than you will ever know! 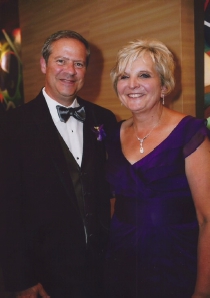 On November 20th, 1997, my forty- first birthday, I was diagnosed with breast cancer. The official diagnosis: infiltrating ductal carcinoma of left breast, moderately differentiated (Grade II/ III). The following week, I had a lumpectomy. It was the day after my mom had her bladder removed because of cancer. Little did I know, I would be on the same surgery floor with my mom at the same time.

In the months after, I had four rounds of chemotherapy. This was followed by 3 ½ weeks of radiation. 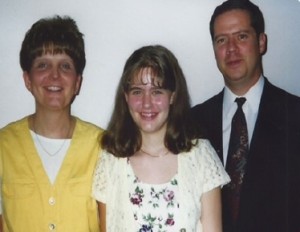 The support of my family, my friends, and my faith helped me to get through this challenging time. My husband Ken, and my three children, Sara, Joe, and Becky, were my backbone. They were always there to help, make me laugh, and to keep my life normal. My sister, Mary Ellen, was both a medical and emo-tional support to me. A good friend of mine, Janice, planned meals from St. Robert parishioners. My kids always laugh about how plentiful the food was during this time. I was able to continue teaching, thanks to the help of two friends Cynthia and Mary, who would substitute for me. The most important component that got me through my illness was my faith. I knew God had a plan for me, and that he would get all of us through it.

“The best way to find yourself is to lose yourself in the service of others.” 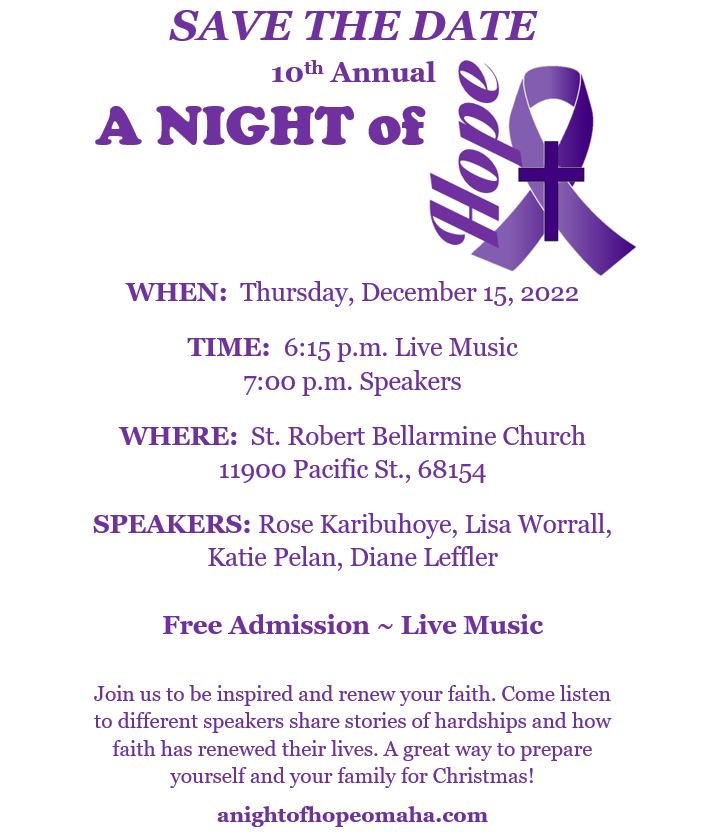